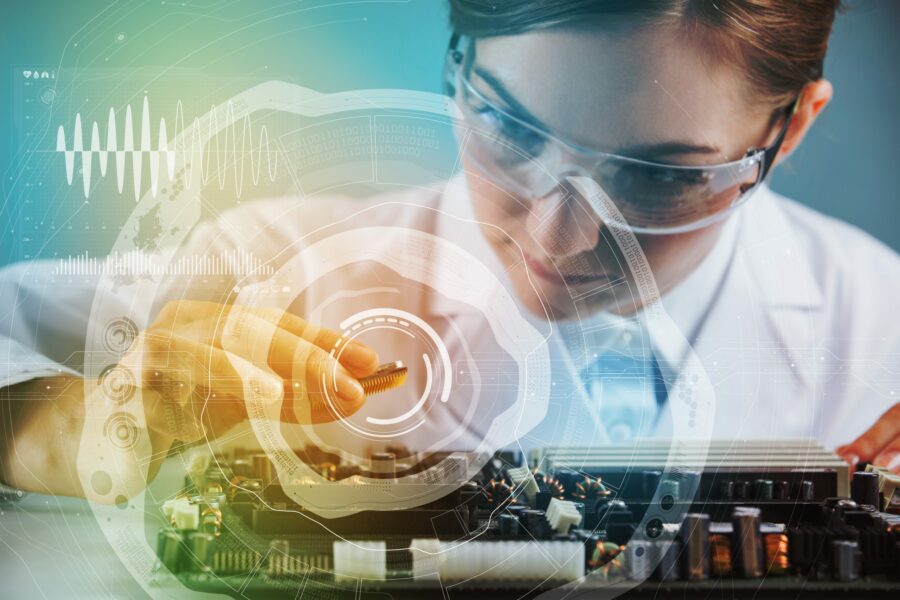 According to Defense News, L3Harris Technologies says it bought back and cannibalised its own radios to meet customer demands amid shortages of electronic components.

The company and others across multiple sectors have been hampered by a semiconductor shortage that stretches back nearly two years. Industry executives said they expect supply chain challenges to last longer than originally anticipated and that the chip shortage will drag into mid-2023 or beyond — potentially forcing businesses to get creative.

It’s reported that L3Harris CFO, Michelle Turner, said a “big-name chip supplier” she did not identify wasn’t able to meet her firm’s demand heading into the fiscal quarter that began in July. That forced the company to find field-programmable gate arrays from an unusual source. “We took those radios back, we broke them down. We’re using the [field-programmable gate arrays] within those radios to rebuild them into the current formation.”

Meanwhile, in Japan, a new “urban mining” campaign aims to extract valuable metals from used smart phones, televisions and computers. The goal is to reduce Japan’s dependence on foreign suppliers and shaky supply chains, according to Germany’s DW news site.

The Environment Ministry announced in late August that it is aiming to double the amount of metals recovered from electronic devices by 2030 and for the resources to be recycled and reused in everything from state-of-the-art electric vehicles to computers and smartphones.

“A decade ago, discarded electronics was not seen as being very valuable or a resource that that needed to be exploited, simply because the price of the metals that they contained was relatively low,” said Kohmei Harada, director of the Sustainability Design Institute and a former director at Japan’s National Institute for Materials Science.

This website uses cookies to improve your experience while you navigate through the website. Out of these, the cookies that are categorized as necessary are stored on your browser as they are essential for the working of basic functionalities of the website. We also use third-party cookies that help us analyze and understand how you use this website. These cookies will be stored in your browser only with your consent. You also have the option to opt-out of these cookies. But opting out of some of these cookies may affect your browsing experience.
Necessary Always Enabled
Necessary cookies are absolutely essential for the website to function properly. These cookies ensure basic functionalities and security features of the website, anonymously.
Functional
Functional cookies help to perform certain functionalities like sharing the content of the website on social media platforms, collect feedbacks, and other third-party features.
Performance
Performance cookies are used to understand and analyze the key performance indexes of the website which helps in delivering a better user experience for the visitors.
Analytics
Analytical cookies are used to understand how visitors interact with the website. These cookies help provide information on metrics the number of visitors, bounce rate, traffic source, etc.
Advertisement
Advertisement cookies are used to provide visitors with relevant ads and marketing campaigns. These cookies track visitors across websites and collect information to provide customized ads.
Others
Other uncategorized cookies are those that are being analyzed and have not been classified into a category as yet.
SAVE & ACCEPT
https://www.astutegroup.com/wp-content/cache/breeze-minification/1/js/breeze_b84ad91be4adf422f93fa326af369ef9.js